Our Kaleidoscope of T.E.A. for June is Guayusa

This month’s selection is actually a collection of teas from South America. While Guayusa is new to the U.S., it’s been a tradition for centuries in the Amazon rainforest, where the native people gather in the early morning hours for community tea ceremonies. It provides a clear, focused energy and mindfulness to help them get through their day. They say drinking it is being “fully alive.”

Description: Guayusa (why-you-sah) is produced from the leaves of a caffeinated Amazonian holly tree, and is not related to the camellia sinensis plant that produces green and black tea. It is is grown almost exclusively in the upper Amazonian region of Ecuador and harvested from trees that are grown under the shaded canopy of the rainforest. 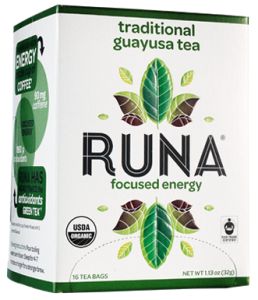 Guayusa is a natural source of energy and nutrition from the Amazon, provides clear and focused energy – what the native Kichwa people call “mental strength and courage.” The word Runa means “fully alive” in the indigenous Kichwa language.

Guayusa is a native Amazonian tree leaf that has a naturally sweet taste when brewed. It offers clear, focused energy with as much caffeine as a cup of coffee, balanced with more antioxidants than green tea. 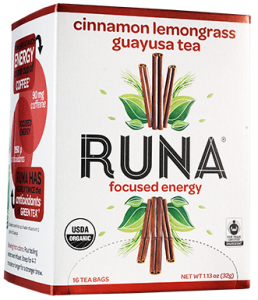 An Amazonian blend of energizing guayusa with full-bodied cinnamon and aromatic lemongrass. 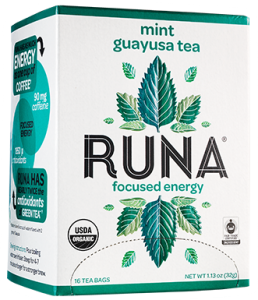 An Amazonian blend of energizing guayusa with crisp and rejuvenating organic peppermint.

About Marlys & Arnold Alan and Adventures with Tea 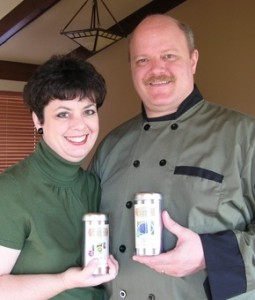 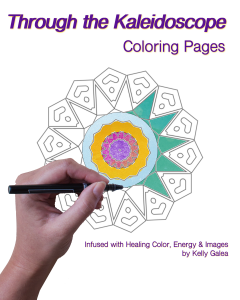 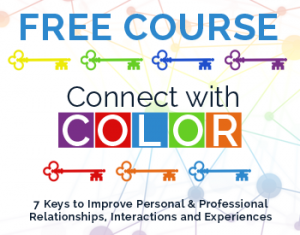